S&S Diesel Motorsport, the creator of the original Disaster Prevention Kit for the 6.7 Power Stroke, is at it again with a much-improved second generation kit. Since its debut in 2016, the original S&S 6.7L Power Stroke CP4 Bypass Kit (Disaster Prevention Kit) has safeguarded thousands of injectors from CP4 debris. In fact, it works so well that it has been copied by multiple opportunists within the aftermarket. Being a company founded by fuel system engineers, S&S Diesel Motorsport has the ability, and responsibility, to offer the best solutions to fuel system problems. While the original bypass kit offers really good protection from a CP4 failure, the last four years have given the S&S engineers plenty of time to discover and eliminate potential problems.

The S&S Diesel Motorsport Gen2.1 6.7L Power Stroke CP4 Bypass Kit features all quick connect lines that will eliminate the need for cutting the factory supply line, which is a debris introduction point, especially if the cut is not thoroughly deburred. It also eliminates the need to use a compression fitting, which is a potential leak point. The OE-style quick connect lines also eliminate any threaded joints that are further leak points and have the potential of generating debris during install.

The main task of both kits is to supply the CP4 case and the metering unit/plungers independently with clean, filtered fuel, and to reroute case fuel back to the tank. There are two major improvements in how the Gen2.1 kit accomplishes it. The Gen2.1 fuel supply is split off into two separate lines 25 inches from the CP4, which will eliminate the chance of contaminated case fuel back-feeding into the clean fuel supply line. The original bypass kit splits off within an inch of the pump, and is more susceptible to debris back-feeding, if the CP4 failure produces enough debris to clog the fuel return system. The other improvement is what happens to the debris when it exits the pump case. The Gen2.1 kit features a billet return filter head that accepts a readily-available Donaldson P550943 spin-on fuel filter which prevents debris from reaching the tank, fuel lines, and supply pump. Previously, unfortunate victims of a CP4 failure, with the good fortune of having an original bypass kit installed, would still need to drop the tank and deal with all of the debris created by the failed CP4.

One would think that major improvements would come at a major price increase. Having a clear understanding of common rail diesel fuel systems, and decades of OE engineering experience, enabled the engineers at S&S to make improvements without increasing production costs. Thanks to efficient design and use of material, the S&S Diesel Motorsport Gen2.1 6.7L Power Stroke CP4 Bypass Kit (#CP4-6.7F-BP-G2.1) delivers much more value than the original, for an affordable price of $400.00 USD. There’s no longer a need to distinguish what year the truck was made, the new Gen2.1 Bypass Kit will fit 2011 and up Ford Super Duty pickup trucks with the 6.7 Power Stroke Diesel engine.

For those looking to improve the debris management of their first-generation bypass kit, the S&S Gen2.1 Fuel Return Filter Assembly (#CP4-6.7F-BP-G2.1-RFA) can be purchased separately for $160.00 USD.

The new Gen2.1 return filter head uses the same quick connect fittings and mounting hardware as the previous Gen2 filter, which allows for an easy retrofit. S&S customers who already own a Gen2 CP4 Bypass Kit can purchase the Gen2.1 Filter Head Upgrade (CP4-6.7F-BP-G2.1-FHU) to update their kit to the Gen2.1 spec.

We really appreciate all of the Gen2 Bypass Kit sales over the last year, and we want to make it easy for those who have spent their hard-earned money with S&S to upgrade to the Gen2.1 filter head; especially those that are due for a filter change. For that reason, we’re going to offer a 50% Good Will discount on all Gen2.1 Filter Head Upgrades throughout the 2022 calendar year, which will bring the normal price of $120 USD down to $60 USD. When considering future filter changes, the Donaldson P550943 replacement filters will be much less than the previous Gen2 filters, and they can be purchased from most auto parts stores. 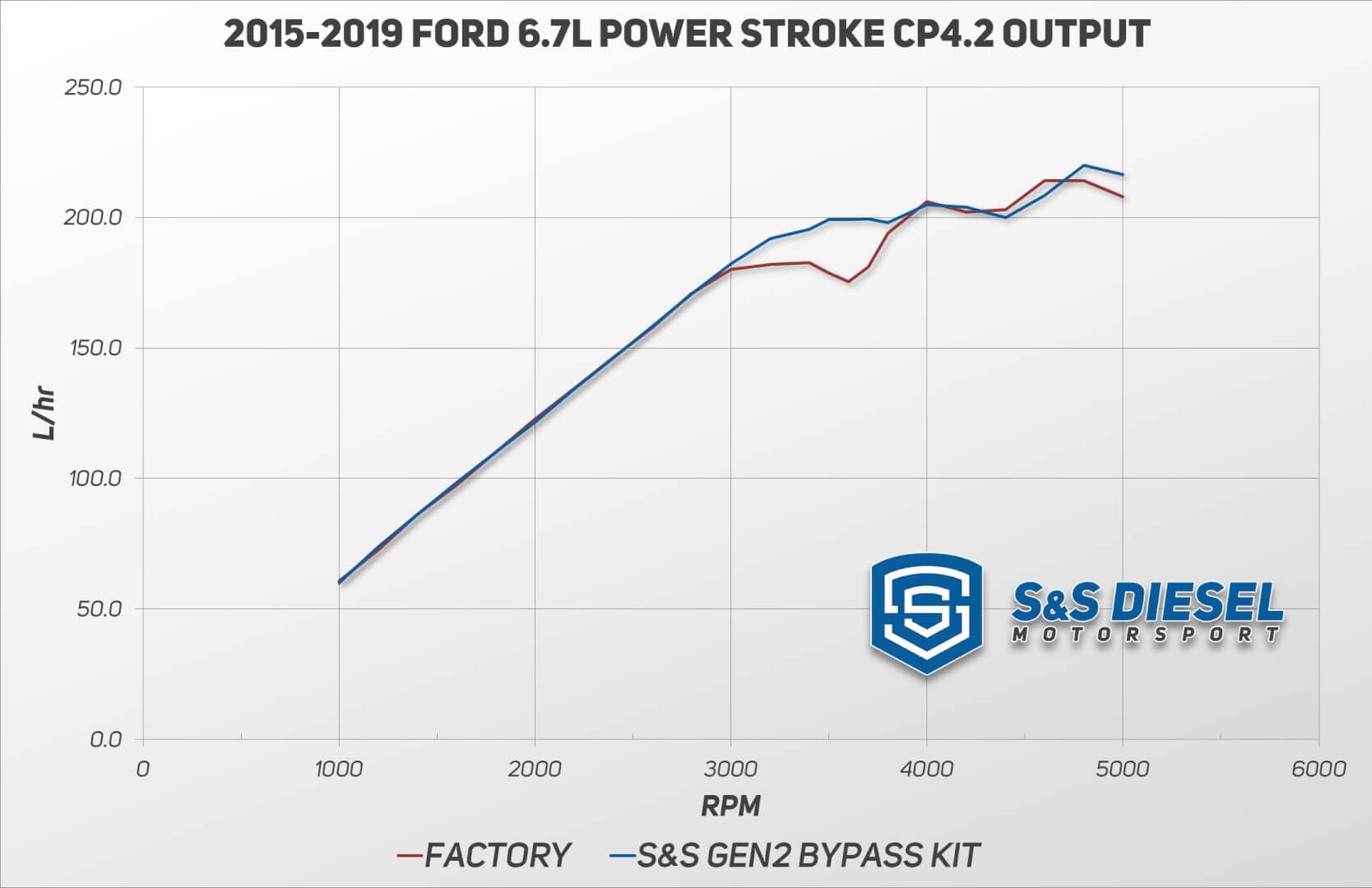 We are working on inventory, these will have a lead time.